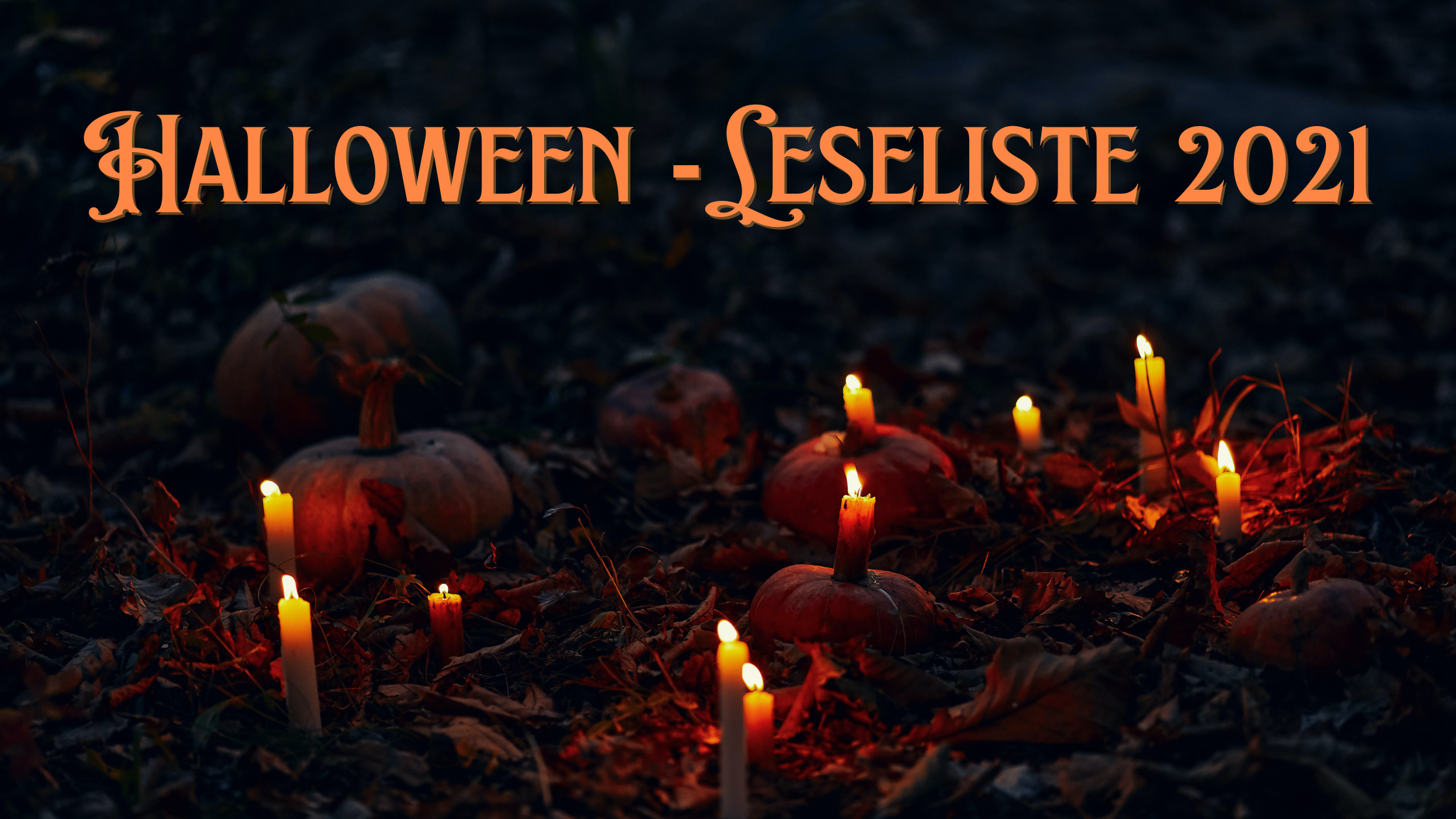 The Haunting of Hill House meets Get Out in this chilling YA psychological thriller and modern take on the classic haunted house story from New York Times bestselling author Tiffany D. Jackson! Marigold is running from ghosts. The phantoms of her old life keep haunting her, but a move with her newly blended family from their small California beach town to the embattled Midwestern city of Cedarville might be the fresh start she needs. Her mom has accepted a new job with the Sterling Foundation that comes with a free house, one that Mari now has to share with her bratty ten-year-old stepsister, Piper. The renovated picture-perfect home on Maple Street, sitting between dilapidated houses, surrounded by wary neighbors has its . . . secrets. That’s only half the problem: household items vanish, doors open on their own, lights turn off, shadows walk past rooms, voices can be heard in the walls, and there’s a foul smell seeping through the vents only Mari seems to notice. Worse: Piper keeps talking about a friend who wants Mari gone. But „running from ghosts” is just a metaphor, right? As the house closes in, Mari learns that the danger isn’t limited to Maple Street. Cedarville has its secrets, too. And secrets always find their way through the cracks.

He is trying to poison me. You must come for me, Noemí. You have to save me. When glamorous socialite Noemí Taboada receives a frantic letter from her newlywed cousin begging to be rescued from a mysterious doom, it’s clear something is desperately amiss. Catalina has always had a flair for the dramatic, but her claims that her husband is poisoning her and her visions of restless ghosts seem remarkable, even for her. Noemí’s more suited to cocktail parties than amateur sleuthing, but she heads immediately to High Place, a remote mansion in the Mexican countryside, determined to discover what is so affecting her cousin. She’s tough and smart, with an indomitable will, and she is not afraid: not of her cousin’s new husband, who is both menacing and alluring; not of his father, the ancient patriarch who is fascinated by Noemí; and not of the house itself, which begins to invade Noemi’s dreams with visions of blood and doom. Her only ally in this inhospitable abode is the family’s youngest son. Shy and gentle, he wants to help – but he might also be hiding dark knowledge of his family’s past. For there are many secrets behind the walls of High Place. The family’s once colossal wealth and faded mining empire kept them from prying eyes, but as Noemí digs deeper she unearths stories of violence and madness. And Noemí, mesmerised by the terrifying yet seductive world of High Place, may soon find it impossible to leave this enigmatic house behind.

Hard Work Will Pay Off Later. Laziness Pays Off Now.

Let’s get one thing straight – Ivy Wilde is not a heroine. In fact, she’s probably the last witch in the world who you’d call if you needed a magical helping hand. If it were down to Ivy, she’d spend all day every day on her sofa where she could watch TV, munch junk food and talk to her feline familiar to her heart’s content.

However, when a bureaucratic disaster ends up with Ivy as the victim of a case of mistaken identity, she’s yanked very unwillingly into Arcane Branch, the investigative department of the Hallowed Order of Magical Enlightenment. Her problems are quadrupled when a valuable object is stolen right from under the Order’s noses.

It doesn’t exactly help that she’s been magically bound to Adeptus Exemptus Raphael Winter. He might have piercing sapphire eyes and a body which a cover model would be proud of but, as far as Ivy’s concerned, he’s a walking advertisement for the joyless perils of too much witch-work.

And if he makes her go to the gym again, she’s definitely going to turn him into a frog.

Kerri Maniscalo – Kingdom of the wicked

Emilia and her twin sister Vittoria are streghe – witches who live secretly among humans, avoiding notice and persecution, One night, Vittoria misses dinner service at the family’s renowned Sicilian restaurant, Emilia soon finds the body of her beloved twin, desecrated beyond belief, Devastated, Emilia sets out to find her sister’s killer and to seek vengeance at any cost-even if it means using dark magic that’s been long forbidden,

Then Emilia meets Wrath, one of the Wicked-princes of Hell she has been warned against in tales since she was a child, Wrath claims to be on Emilia’s side, tasked by his master with solving the series of women’s murders on the island, But when it comes to the Wicked, nothing is as it seems.

Seventeen-year-old Audrey Rose Wadsworth was born a lord’s daughter, with a life of wealth and privilege stretched out before her. But between the social teas and silk dress fittings, she leads a forbidden secret life.

Against her stern father’s wishes and society’s expectations, Audrey often slips away to her uncle’s laboratory to study the gruesome practice of forensic medicine. When her work on a string of savagely killed corpses drags Audrey into the investigation of a serial murderer, her search for answers brings her close to her own sheltered world.

Someone, or something, is haunting the ship. Between mysterious disappearances and sudden deaths, the guests of the Titanic have found themselves suspended in an eerie, unsettling twilight zone from the moment they set sail. Several of them, including maid Annie Hebley, guest Mark Fletcher, and millionaires Madeleine Astor and Benjamin Guggenheim, are convinced there’s something sinister–almost otherwordly–afoot. But before they can locate the source of the danger, as the world knows, disaster strikes.

Years later, Annie, having survived that fateful night, has attempted to put her life back together. Working as a nurse on the sixth voyage of the Titanic’s sister ship, the Britannic, newly refitted as a hospital ship, she happens across an unconscious Mark, now a soldier fighting in World War I. At first, Annie is thrilled and relieved to learn that he too survived the sinking, but soon, Mark’s presence awakens deep-buried feelings and secrets, forcing her to reckon with the demons of her past–as they both discover that the terror may not yet be over.

Brilliantly combining the supernatural with the height of historical disaster, The Deep is an exploration of love and destiny, desire and innocence, and, above all, a quest to understand how our choices can lead us inexorably toward our doom.

A man wakes up in a living room he doesn’t recognize, unable to remember anything about himself. All he has are the few remnants of his identity scattered throughout the house-clues to his past. He soon learns that he is Charles Lang, a brilliant scientist whose wife, Julie, and daughter, Jess, mysteriously disappeared several years ago. Soon, he begins to recover memories-memories that may or may not be his own-and as he does, he realizes that only by uncovering the details of his former life will he have any hope of being reunited with Julie and Jess.

A haunting tale of love and longing, fate and free will, and the easily blurred lines between fiction and reality, Glass Shatters explores the risks of trying to reinvent oneself, and the dangers of pushing science to its limits.

Thirteen boys retell tales of terror one night around the campfire. But as the session draws to a close, they realize they started out with only twelve. The stories in this collection are works of personal gratification, nostalgia, and reverence and they serve as an homage to the author’s hometown and her favorite horror writers. They take place in various timelines and are written as stories within stories ranging from a headless ghost that returns as a grim reaper, a bird-like creature on the loose, a were-tiger out to seek vengeance, a vampire that decimated an entire village, and other restless paranormal entities that walk among us.

Emily Carroll – Through the Woods

Five mysterious, spine-tingling stories follow journeys into (and out of?) the eerie abyss. These chilling tales spring from the macabre imagination of acclaimed and award-winning comic creator Emily Carroll.